With the recent release of ASP.NET Core 5, OpenAPI documents generation for describing our Web API is now included by default when we create a new Web API project.

This is definitely a great news as I always considered the addition of this feature (mainly by adding the Swashbuckle.AspNetCore nuget package) as a “must have” for all Web API projects.

Now let’s not stop at documenting our Web API only, and let’s go one step further:
What if we could generate automatically some boilerplate code such as our DTOs used in our APIs, and even better, generate our TypeScript web Clients automatically?

Well yes we can obviously as described in the official documention, but let me walk through you an example.

As described in the documentation, many tools are at our disposal to generate our TypeScript boilerplate code.

To start with, I highly recommend playing with the graphical tool NSwagStudio

Once installed, you can first define where is located your OpenAPI document (or more historically called swagger document): 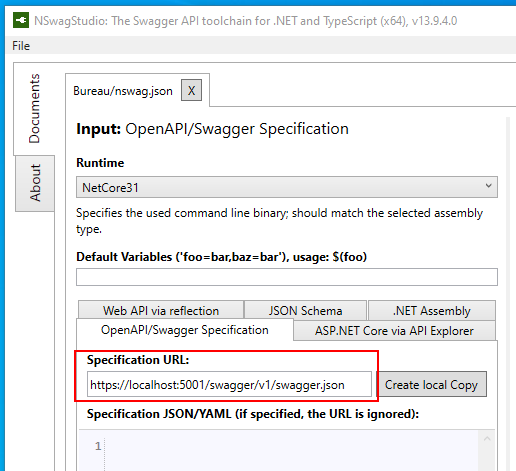 And then configure your preferences of how your DTOs and Clients will be generated. Here is an example of the configuration I use: 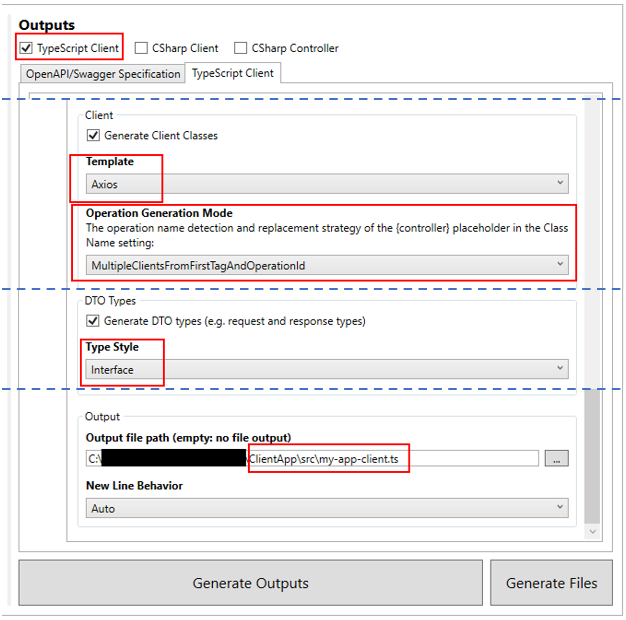 As described in the previous articles, I use axios Clients even though the generation is still in preview as described in the documentation.
I also set the Generation Mode to MultipleClientsFromFirstTagAndOperationId, which, by looking at the OpenAPI specification and how the Tag and the OperationId are generated, should produce 1 client per Controller (by default) and 1 method by Endpoint. 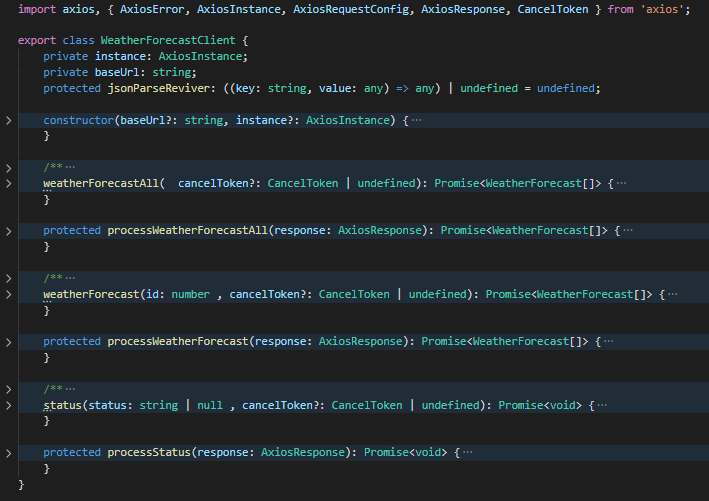 I also specify to produce DTOs as TypeScript interfaces and also an output file name that I will be able to use in my application.

Use the produced code in our app

This part should be pretty straightforward.
First, we can remove our manually written DTOs in the useAxios custom hook to use the DTOs produced by nswag: 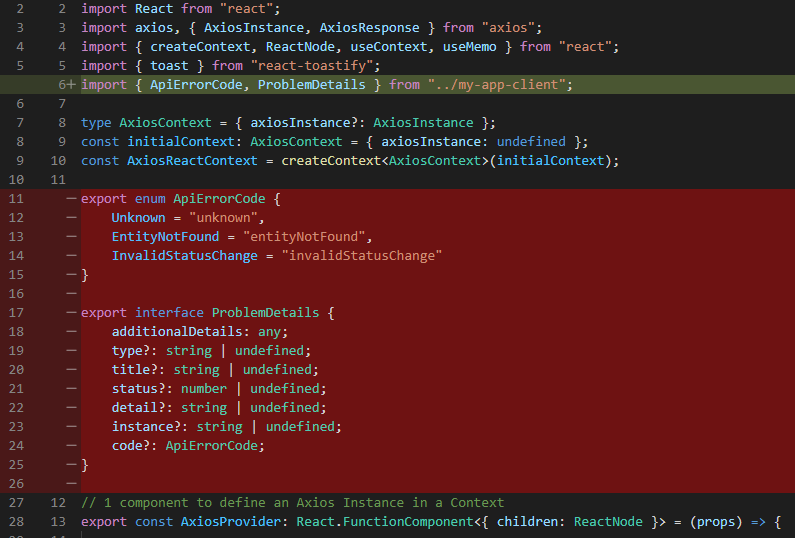 Then in our components, we will be able to use the generated strongly typed TypeScript Clients 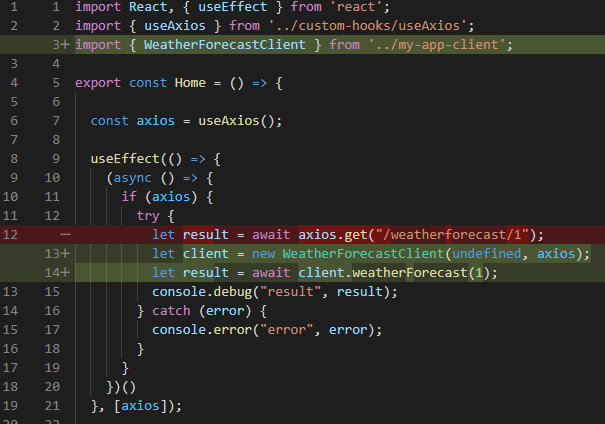 And that’s all. Using APIs in the future should be much easier as the strongly typed TypeScript Clients should guide us pretty well in calling correctly the APIs using the right URLs and parameters.

Alright, another very complicated part. Now that we could check our process, let’s see how to update our generated Clients, and of course, how to do it automatically.

Fortunately, if you installed NSwagStudio (using chocolatey for instance), the nswag.exe command line tool is probably already installed and available in your PATH, so the only things we need to do is to make sure that our nswag definition is saved in a file called nswag.json for instance: 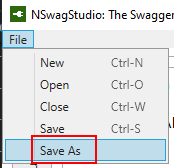 Start our api (using dotnet run for instance) and then we just need to execute the following command line:

Note: NetCore31 being the default runtime selected when creating the nswag.json file.

I hope this simple article gave you some hints about leveraging your OpenAPI documentations and hopefully save some time creating and maintaining manually all of the DTOs and Clients.

While this scenario was ok for me as I wanted a kind of “update when you decide” scenario, having to start the API everytime you want to update your TypeScript Clients might not be ideal and you might want to have a look to referencing directly the produced ASP.NET Core assemblies instead of referencing the OpenAPI document (more info in the Github documentation)

As usual, feel free to react in the comments or reply to me on Twitter @vivienfabing.

May the code be with you!

Kubernetes: Get a new environment for each Pull Request using Review Apps [dotnet]